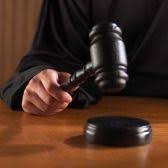 A New Jersey hedge fund executive plans to settle up with the Securities and Exchange Commission.

The Commission announced last week that the onetime chief investment officer and portfolio manager for the Clay Capital Fund, and his former firm, have agreed to pay $2.1 million for their part in an insider trading scheme.

Reported by Ricardo Kaulessar , Clay Capital consented to pay $850,000, without admitting or denying the Commission’s allegations, while Turner acquiesced to a $1.25 million payment.

Turner is currently serving a one-year prison sentence for a scam that resulted in Turner and his co-conspirators gaining nearly $3.9 million in illicit profit. He was also sentenced to three years supervised release and fined $25,000.