U.S. retailers eked out a 2.3 percent sales gain on Thanksgiving and Black Friday, in line with a prediction for the weakest holiday results since 2009.

Sales at brick-and-mortar stores on Thanksgiving and Black Friday rose to $12.3 billion, according to a report yesterday from ShopperTrak. The Chicago-based researcher reiterated its prediction that sales for the entire holiday season will gain 2.4 percent, the smallest increase since the last recession.

Retailers offered more and steeper deals on merchandise from flat-screen televisions to crockpots that, while luring shoppers, may ultimately hurt fourth-quarter earnings. Many consumers showed up prepared to zero in on their favored items while shunning the impulse buys that help retailers’ profits.

“You could get the same deals online as you could get in the store, and yet there were still a ton of people out there,” Charles O’Shea, a senior analyst at Moody’s Investors Service in New York, said in an interview. Going out to stores, “is part of the experience,” he said.

About 97 million people planned to shop online or in stores on Friday, with about 140 million intending to do so Thanksgiving through Sunday, the National Retail Federation said. That’s down from 147 million last year.

Congress’s latest attempt at crafting a budget plan is on track to end up the same way as others have in the past decade: with little or no agreement.

Negotiators have little chance of breaking this string of futility, even after a 16-day government shutdown in October that cost the U.S. economy $24 billion. If they do, it’ll only be to curb automatic spending cuts, including $19 billion that hits the Pentagon starting in January.

Now budget experts, labor unions and business groups are saying enough’s enough, and questioning why lawmakers can’t live within their means the way ordinary Americans do and instead lurch from one budget standoff to the next.

“It’s a stupid way to run a country,” said Maya MacGuineas, head of the Campaign to Fix the Debt, a non-partisan advocacy group whose members include business leaders and former lawmakers. “Change comes from two possible things: a crisis or leadership.”

One of the co-chairmen of the campaign is Michael Bloomberg, founder and majority owner of Bloomberg News parent Bloomberg LP and the New York City mayor.

Unlike with previous budget panels, including the failed 2011 supercommittee, there are no immediate consequences if the budget conference misses its Dec. 13 deadline — the U.S. won’t default on its debt and the federal government won’t shut down for lack of funding.

The committee’s lack of progress is frustrating outside groups, especially business executives, who say congressional lawmakers’ habit of governing by crisis and temporary spending bills is hurting the economy and costing jobs.

“The uncertainty has a chilling effect on job creators, households and anybody who’s trying to see around a corner,” said MacGuineas, who is also president of the Committee for a Responsible Federal Budget, a fiscal advocacy group.

Congress in 2009 last passed a budget resolution, the equivalent of a household budget that sets spending parameters for the federal government.

In 2010, disagreement over how to handle the scheduled expiration of tax cuts enacted under former President George W. Bush prevented agreement on a budget resolution and Republicans won the House majority, creating a divided Congress. 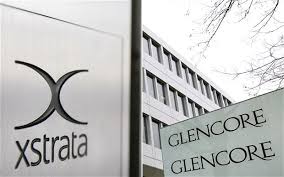 Activist investment fund Starboard Value grabbed a 13.3 percent stake in Office Depot Monday and laid out a series of changes the office products retailer can implement in order to become a more profitable company.

In a letter to Office Depot’s board, Starboard said it believes the retailer is “deeply undervalued” and a “substantial opportunity” now exists for the company to improve its performance andvaluation.

Starboard, which is known for targeting smaller companies it thinks are undervalued, recently launched a campaign to revitalize former Internet giant AOL, pushing the company to change its strategy.

Reported by Chanyaporn Chanjaroen, Bloomberg, Citrine, located on the 34th floor of the Chrysler Building, has a team of three led by Crone, who’s chief investment officer, according to a statement. The fund will trade listed derivatives in base metals, gold and platinum-group metals, Crone said in an e-mail interview, declining to specify how much money the fund has raised nor its target size.

Crone, 40, is among traders starting hedge funds this year looking to profit from a bull run in commodities that began last month as policy makers from China to the U.S. ramp up stimulus to boost their economies. Commodity hedge funds tracked by the Newedge Commodity Trading Index advanced 0.9 percent on average in August, erasing the year’s loss.

Citrine hired Mike Connolly, formerly at HSBC Securities USA Inc., as a trader, and Drew Ries, who used to work at Susquehanna International Group LLP, as chief operating officer, according to the e-mailed statement. Energy Alpha Strategies, a London-based commodity-focused investment firm, is a so-called strategic partner, it said. 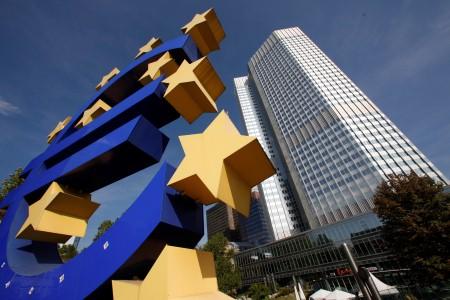 What’s a better investment — U.S. bonds or the underside of your mattress? Ray Dalio wonders if it’s the latter.

Dalio founded the hedge fund Bridgewater Associates. He tells the Council on Foreign Relations: “You are quite close to cash under the bed being better than Treasurys. Because essentially you know you’re going to get it back if it’s under the bed.”

The rate on the 10-year Treasury note is about 1.7 percent. Earlier this summer, it scraped to its lowest on record, under 1.4 percent.

Dalio says the risk of super-low returns is that buyers of Treasurys, including foreign governments that finance U.S. government deficits, will go elsewhere as soon as a reasonable alternative emerges.