The new rules of M&A attraction

BRUCE WASSERSTEIN was probably the most famous mergers and acquisitions (M&A) banker on Wall Street in the 1980s and 1990s. Yet “Bid ‘em up Bruce”, who died in 2009, was ambivalent about his trade. The best rainmakers were capable men, he once wrote, but dealmaking also attracted “hustlers and swaggering mediocrities”. And whereas takeovers made the business world more dynamic, they also led to “pain, dislocations and blunders”.

Whether dealmaking is sensible is once more an important question, because M&A are back with a vengeance, after a lull following the financial crisis. Worldwide, $3.6 trillion of deals have been announced this year, reckons Bloomberg, an information provider, approaching the peak reached in 2007. In pharmaceuticals (see article) and among media firms the activity is frantic. Deals worth more than $10 billion are again common. America and Britain, with their open markets for corporate control, account for a disproportionate share of the action. So do cross-border deals, which have risen from a sixth of activity in the mid-1990s to 43% today. 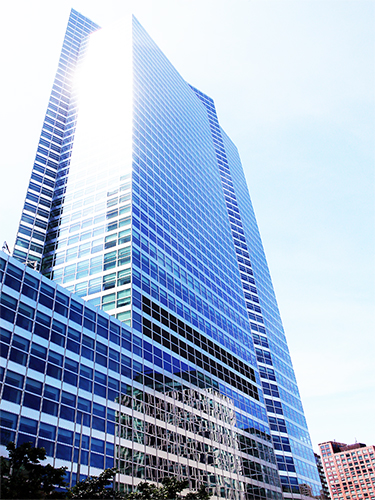 Goldman Sachs was the top investment banking adviser on Canadian mergers and acquisitions in 2014, as oil and gas and cross-border deals drove takeovers to a seven-year high.

According to Bloomberg, Canadian firms were involved in $229 billion worth of transactions through Dec. 29, the highest annual tally since 2007 and up 45 percent from last year, according to data compiled by Bloomberg.

Goldman advised on $61.6 billion worth of those deals, its highest ever in Canada, and narrowly edging out JPMorgan Chase, which advised on transactions valued at $61.3 billion. Royal Bank of Canada slipped to third spot after three consecutive years at No. 1, while Barclays and Citigroup rounded out the top five. The figures and rankings are based on announced date and subject to change as more deals are recorded.

Shareholders (PETM) of a stock that no analysts have been recommending just got a great deal.

In a year that’s had the fewest U.S. leveraged buyouts since the financial crisis, PetSmart Inc. was able to clinch a transaction. BC Partners is taking the pet-supplies chain private in a deal valued at about $8.6 billion, or 9.2 times its earnings before interest, taxes, depreciation and amortization. That’s 16 percent higher than the median multiple in U.S. retail LBOs of the past five years, according to data compiled by Bloomberg.

Goldman Sachs Outdoes Itself With Biggest M&A Lead Since 1998

Like Meryl Streep at the Oscars, Goldman Sachs Group Inc. isn’t lacking acclaim for its merger and acquisition advisory business. It’s finished first in deal volume for five consecutive years and in nine of the last 10.

Even so, Goldman Sachs outdid itself this year. No top firm has had a larger market-share spread over its nearest competitor since 1998. The New York-based bank advised on more than 35 percent of all deals this year by dollar volume, as of Dec. 15, surpassing second-place Morgan Stanley by about 10 percentage points, according to data compiled by Bloomberg. That’s the largest market share lead between the No. 1 and No. 2 financial adviser since Goldman Sachs trumped what’s now called JPMorgan Chase & Co. by 14 percentage points 16 years ago.

German mergers and acquisitions will have “another strong year” in 2015, helped by an increase in spinoffs and shareholder activism, a senior JPMorgan Chase & Co. (JPM) banker said.

“We’re coming from a very strong base and therefore it would be really ambitious to say we’ll see clearly more,” Dirk Albersmeier, head of German M&A at JPMorgan, told reporters in Frankfurt.

Burger King Worldwide Inc. (BKW)’s offer to buy Tim Hortons Inc. (THI) was the biggest mergers-and-acquisitions deal in the restaurant sector in the year through October 2014, which saw M&A transactions quadruple from the year before.

Despite growing health and obesity concerns, fast food remains a profitable industry, making it an attractive space for dealmakers looking to expand market share or create efficiencies. The potential for tax savings is another incentive, as in Burger King’s case.

Mark V. Shoen had to endure his father’s suicide, a sister-in-law’s murder and an internecine battle on his way to becoming the largest shareholder of Amerco, the parent of truck rental company U-Haul, North America’s biggest moving and storage business.

Becoming a self-storage baron required additional drama, if only in the courtroom. Shoen’s storage empire was the center of a decade-long shareholder suit that splintered his family and left the 62-year-old in control of a business that made him a billionaire.

“The sexy stuff is the lawsuits and fistfights in the boardroom,” Sahm Adrangi, chief investment officer at New York-based Kerrisdale Capital Management LLC, said by phone. “But it’s not relevant to U-Haul anymore. This company has had the same core management team for years.”

Demand for trailer and storage-space rentals has increased as the U.S. housing market rebounds, according to Adrangi. Amerco has jumped 75 percent this year, while the U.S. self-storage sector has rallied more than 11 percent, according to data compiled by Bloomberg.

The performance has boosted Shoen’s personal fortune. He owns 3.8 million Amerco (UHAL) shares valued at $845 million, and controls 437 storage facilities, almost all of which were purchased from Amerco with $600 million in company-backed loans, according to a 2011 legal opinion of the Supreme Court of Nevada.

The self-storage businesses had combined sales of about $440 million for the year ended March 31, according to data compiled by Bloomberg, making it the largest self-storage company by revenue after Glendale, California-based Public Storage. (PSA) Shoen has a net worth of $3.6 billion, according to the Bloomberg Billionaires Index, and has never appeared on an international wealth ranking.

“They want people to know how well the company is performing,” he said. “The best way they know how to make that statement is to put their nose to the grindstone and press forward and do what they know how to do well.”