Thomson Reuters M&A data incorporates over 900,000 M&A events announced since the late 1970s, currently available to clients through a flexible suite of datafeed offerings. This comprehensive M&A transaction coverage is now accompanied by a new event history companion dataset that features time series data through the evolution of the deal. The multidimensional view of the dates, valuations and events, from announcement to completion, empowers advanced quantitative modeling of completion probability, timeframes and risks over time while delivering competitive insight to asset managers and alternative asset managers worldwide.

The longer the Federal Reserve continues its bond-buying stimulus, the higher the odds it will face a year without any money to give the U.S. Treasury after taxpayers received a record $88.4 billion profit in 2012.

The Fed’s financial-crisis actions — from acquiring debt in the 2008 rescues of Bear Stearns Cos. and American International Group Inc. to three rounds of quantitative easing — have led so far to the record payments. Now, the prospect of a stronger economy and rising interest rates means the value of the Fed’s bond holdings will fall at the same time its funding costs climb because the central bank pays interest on the excess reserves it holds for banks.

According to Bloomberg,President Barack Obama said he’s sorry that thousands of Americans are losing their medical insurance as a result of his health-care law, as his administration works to contain the political damage from the troubled rollout of his signature domestic achievement.

Hundreds of thousands of individual health insurance plans are being canceled, contradicting Obama’s repeated pledge that people who like their coverage would be able to keep it when the law took effect.

“I am sorry that they are finding themselves in this situation based on assurances they got from me,” Obama told NBC News in an interview at the White House yesterday. “We’ve got to work hard to make sure that they know we hear them and we are going to do everything we can to deal with folks who find themselves in a tough position as a consequence of this.”

Obama’s public approval ratings have been driven down by the flawed startup of the government website intended as the main gateway to federal health-care exchanges under the Patient Protection and Affordable Care Act and stories about canceled policies.

His oft-repeated pledge that individuals would be able to keep their coverage and their doctors was a central selling point of his health-care overhaul, aimed at calming consumers concerned that they would be forced to give up policies and doctors they liked as the program expanded coverage to many of the nation’s 48 million uninsured.

Republicans pounced on the president’s remarks, attacking Obama for not supporting legislation they have pushed that would allow Americans to keep their current plans.

“If the president is truly sorry for breaking his promises to the American people, he’ll do more than just issue a half-hearted apology on TV,” Senate Leader Mitch McConnell, a Kentucky Republican, said in a statement yesterday.

House Speaker John Boehner, an Ohio Republican, echoed McConnell, saying in a statement that “an apology is certainly in order, but what Americans want to hear is that the president is going to keep his promise.”

The House plans next week to take up a measure that would allow individuals to keep their plans even if the coverage failed to meet the health-law’s standards.

Moore Capital Management LLC, the $15 billion hedge fund run by Louis Moore Bacon, cut 10 to 15 investment jobs as it restructures one of its equity teams, according to three people with knowledge of the matter.

The portfolio managers and research analysts were let go on Sept. 11, said one of the people, who asked not to be identified because the information is private. Patrick Clifford, a spokesman for New York-based Moore, declined to comment.

“Apart from a few hedge funds, it’s not that typical to see a large reduction in headcount in the industry,” said Ronen Schwartzman, founder of Ten Capital Advisors LLC, a New York- based firm that advises clients on investing in hedge funds. “Performance must be having an impact.”

Bacon, 56, hired his older brother, Zack Hampton Bacon III, in February to oversee strategic planning, a person briefed on the matter said that month. Bacon told clients last month that he planned to return $2 billion, or about 25 percent of his main fund, to investors, saying it may be too big for him to generate returns in line with historic profits as “liquidity and opportunities have become more constrained.” 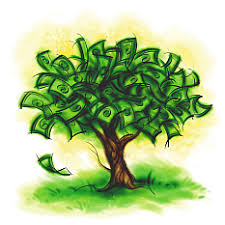 Investors took more money away from hedge funds in July when they asked for $7.4 billion back, underscoring their frustration with an industry that has long promised to make money in all markets but is currently delivering only middling returns.

Reported by Svea Herbst-Bayliss, July’s redemption requests were up sharply from the $4.2 billion pulled out in June, according to data released by BarclayHedge and TrimTabs Investment Research on Tuesday.

That leaves hedge funds industry assets at roughly $1.87 trillion, down 23 percent from their peak four years ago before the financial crisis hit, the research report found.

“We’ve seen a notable reversal in hedge fund industry fortunes during the past year,” said Sol Waksman, founder and president of BarclayHedge.

This is troubling news in an industry dwarfed in size by the mutual fund industry but able to attract some of the world’s savviest investors with the promises of big paychecks and more investing freedoms. Similarly big name investors including pension funds and wealthy individuals have long been attracted to hedge funds because their managers can short, or bet against a security, thereby having more tools at their disposal to deliver better returns.

The Hedge Fund Association, an international organization that represents investors, hedge funds and service providers, today announced that it has appointed Don Steinbrugge, chairman of Agecroft Partners, to its board of directors. Mr. Steinbrugge will join the segment of the group’s board which represents the interests of hedge fund investors. The HFA also selected Joel Schwab, managing director of Hedge Fund Research (HFR) to be its new Midwest chapter director and Kislay (Sal) Shah of McGladrey to fill the newly created role of Connecticut chapter director. Mr. Shah also continues to serve on HFA’s board of directors representing the interests of hedge fund service providers.

Mr. Steinbrugge is the chairman and founder of Agecroft Partners, an award-winning hedge fund consulting and marketing firm, and has had a distinguished 27-year career in institutional investment management sales. Prior to forming Agecroft Partners, he was the head of sales and a founding principal of Andor Capital Management, which at the time ranked as the 2nd largest hedge fund in the world. Prior to that, he also held the roles as head of institutional sales for Merrill Lynch Investment Managers (now part of Blackrock) and head of institutional sales for NationsBank (now Bank of America Capital Management). Steinbrugge is also member of the investment committee for The City of Richmond Retirement System and The Science Museum of Virginia Endowment Fund, which gives him valuable insights into institutional investors’ decision making processes.

Chart of the Day: Hedge funds’ changing investor base 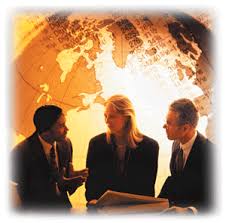 The half-yearly report on possible systemic risk created by hedge funds was published last week, and identifies the sources of investment in the industry. It found that pension funds have increased their share, representing 23% of the investor base in March 2012, up from 17% a year earlier [see chart].

As reported by Harriet Agnew, High-net-worth individuals and family offices, meanwhile, decreased their share of the investor base to 12% from 15% over the same period. The regulator collected data on funds with a total of more than $380bn under management, which represents just under a fifth of industry assets.

The results chime with other surveys, and reflect an increasing institutionalisation of the hedge fund industry over the past decade which has gathered pace since the financial crisis. According to Deutsche Bank, institutions – including pension funds, sovereign wealth funds, insurance companies and endowments – now account for approximately two thirds of hedge fund assets, compared with less than one fifth in 2003.