Elizabeth Warren, in her first year as a U.S. senator, has captured headlines by pressuring such industry titans as Goldman Sachs Chairman Lloyd C. Blankfein for transparency, including a Dec. 4 call for Wall Street banks to disclose their contributions to policy groups that provide financial analysis to Congress.

With less fanfare, she’s forging alliances with Republican Senate colleagues, expanding her political network in Massachusetts, and tapping her backers to help Democrats running for re-election in other states.

It’s a strategy that sounds a lot like one adopted by another woman who entered the chamber with a national profile that made her a lightning-rod for praise and derision as she was dogged by questions about her presidential aspirations.

“I think she’s followed a path not unlike that of Hillary Clinton, which is learn how to be a senator,” said Ross Baker, a political science professor at Rutgers University in New Brunswick, New Jersey.

“Clearly, she has decided not to be a liberal Ted Cruz, to learn the ropes, particularly in the area that she cares most about, which is financial services,” Baker said, contrasting Warren with the Texas Republican freshman senator whose push to defund the 2010 health-care law helped lead to the partial government shutdown in October.

Warren, 64, is building relationships that could be helpful in future races, nationally or statewide. While she has said she won’t run for president in 2016 and signed a letter encouraging Clinton to do so, she’s also seizing on speculation about her future to advance her causes.

Asked by reporters on Dec. 4 if the presidential speculation hurts or helps her consumer-oriented legislative proposals, she said: “I’m glad to see any possible energy put behind those fights.”

After rising to prominence as a critic of the housing and financial industries during the 2008 financial collapse, Warren became the architect for the Obama administration of the Consumer Financial Protection Bureau, created by the 2010 Wall Street Reform and Consumer Protection Act. After she failed to secure the top job at the bureau, Warren won her Senate seat by challenging Republican incumbent Scott Brown in 2012.

At her first appearance as a member of the Senate banking committee in February, she asserted that Wall Street firms had become “too big for trial” and, at a March hearing, she criticized regulators because no one went to jail after HSBC Holding Plc operations in the U.S. admitted to enabling Mexican and Caribbean drug cartels to launder billions of dollars.

Every business day in London, five banks meet to set the price of gold in a ritual that dates back to 1919. Now, dealers and economists say knowledge gleaned on those calls could give some traders an unfair advantage when buying and selling the precious metal.

The U.K. Financial Conduct Authority is scrutinizing how prices are set in the $20 trillion gold market, according to a person with knowledge of the review who asked not to be identified because the matter isn’t public. The London fix, the benchmark rate used by mining companies, jewelers and central banks to buy, sell and value the metal, is published twice daily after a telephone call involving Barclays Plc (BARC), Deutsche Bank AG (DBK), Bank of Nova Scotia, HSBC Holdings Plc (HSBA) and Societe Generale SA. (GLE)

The process, during which gold is bought and sold, can take from a few minutes to more than an hour. The participants also can trade the metal and its derivatives on the spot market and exchanges during the calls. Just after the fixing begins, trading erupts in gold derivatives, according to research published in September. Four traders interviewed by Bloomberg News said that’s because dealers and their clients are using information from the talks to bet on the outcome.

“Traders involved in this price-determining process have knowledge which, even for a short time, is superior to other people’s knowledge,” said Thorsten Polleit, chief economist at Frankfurt-based precious-metals broker Degussa Goldhandel GmbH and a former economist at Barclays. “That is the great flaw of the London gold-fixing.”

The U.K. capital is the biggest center for gold trading in the world, according to the London Bullion Market Association, which said more than $33 billion changed hands there each day in 2012, exceeding the $29 billion of futures traded on Comex, the New York commodities exchange, data compiled by Bloomberg show. Financial instruments including cash-settled swaps and options are priced off the London fix, according to the LBMA website.

In private meetings this year, the U.S. Commodity Futures Trading Commission, which regulates derivatives, discussed reviewing how gold prices are set, according to a person with knowledge of the talks. The FCA review is preliminary and not a formal investigation, another person said. The people wouldn’t say what’s being looked at or if regulators suspect wrongdoing. 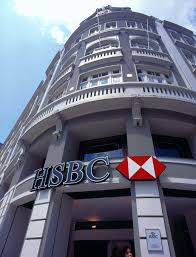 HSBC Holdings’ Asian prime brokerage did not take a long weekend.  The unit announced nine senior hires yesterday, including a new head of hedge fund sales in Hong Kong. The additions boost HSBC’s team in the region to roughly 40.

Headlining the new hires is Tim Franks, the new sales chief, who joined from Bank of China International, where he was also head of hedge fund sales. In addition, HSBC took on Jeffrey Tan as equity sales director and Eric Ang and Russell Jacobsen as equity sales trading directors. Jean-Paul Lischoten and Adrian Harrison were named directors of prime services sales, and David Streatfield, director of equity finance sales.

Franks, Tan, who joined from Nomura International, Ang and Jacobsen, both formerly of Samsung Securities, Linschoten, ex-UBS, and Streatfeld, late of Deutsche Bank, are all based in Hong Kong. Harrison was head of investor redemptions at Keywise Capital Management.

Knight Is Said To Have Spurned $500 Million Citadel Loan

Knight Capital Group Inc. (KCG) rejected a last-minute, $500 million rescue-loan offer from Citadel LLC on Aug. 5 as it worked on a competing plan from a group of investors, said two people with knowledge of the matter.

The loan terms would have given Citadel a minority stake inJersey City, New Jersey-based Knight’s stock and an interest in the market maker’s HotSpot foreign-exchange subsidiary, said the people, who spoke on condition of anonymity because the talks were private. Citadel, the $12.5 billion hedge fund run by billionaire Ken Griffin, competes with Knight’s market-making and electronic-trading business.

Royal Bank of Scotland Group Plc Chief Executive Officer Stephen Hester sought to limit the damage from the Libor-rigging scandal, blaming a “handful” of employees for attempting to manipulate the benchmark rate.

RBS dismissed four employees for trying to influence the individual responsible for Libor submissions following an internal investigation, the bank said today, without identifying the staff involved. Hester said it is too early to estimate the potential cost of fines and litigation linked to rate-rigging.

He was speaking on Bloomberg TV’s “The Pulse” show with Maryam Nemazee in London.

On London’s reputation after the Libor scandal:

“I’ve been in the financial services for 30 years and I’ve never known a time like this. It’s been terrible. Some of the language people use has been terrible. I’m concerned that the public don’t really understand it. The public talks about hanging bankers. We shouldn’t use words like cesspit to describe the City of London.”

The Fed should set its guidance based on the economic outcomes it seeks and focus on buying more mortgage-backed securities, Rosengren said today in a CNBC interview. Without new stimulus, the jobless rate would rise to 8.4 percent at the end of this year and economic growth wouldn’t exceed its 1.75 percent average in the first half of the year, he said.